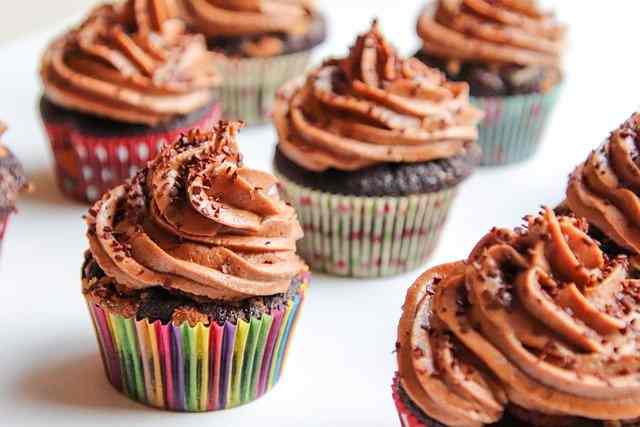 Have you ever encountered a chocolate cake recipe that used neither eggs nor butter, but relied on vinegar and baking soda for leavening?

Apparently, the recipe has been around for ages. We first discovered a version of it in a magazine called Cuisine at Home, but you can find other versions at Epicurious and other places online.

The thing about this cake recipe is not only is it incredibly easy to make, with ingredients that you likely already have in your pantry, but it produces a surprisingly moist and delicious cake (and cupcakes).

All without eggs or butter. (There’s butter in the frosting I’m using, but we’re talking about the cake.) I even tried adding an egg to the recipe and it wasn’t nearly as good as the batch without it.

Over the last week I’ve made several batches of cupcakes following this method, including a couple for my mom’s book club. (Waving hi to mom’s friends!)

A quick note on how to measure flour for this recipe. Scoop flour into your measuring cup with a spoon until the measuring cup is heaping then level it off with a knife. That should give you perfect cupcake batter every time.

I used a frosting recipe from Hershey’s, and instead of loading the cupcakes with frosting, decided instead to just simply drizzle frosting in patterns on the top.

Do what you will with the frosting. I think the cupcakes are perfectly delicious without any frosting at all.

If you want to make an entirely vegan cupcake, use our vegan chocolate frosting to go with the cupcakes!

How to get beautiful, healthy and slim with a pomelo

How to cook potato pancakes in a blender 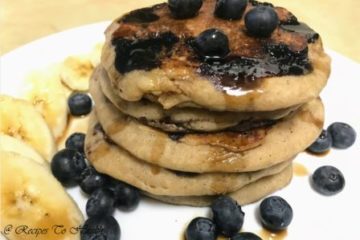 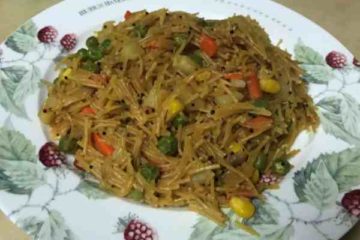 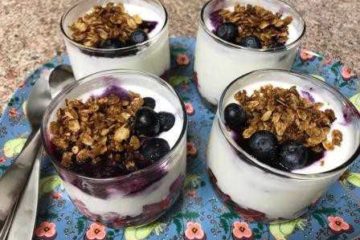 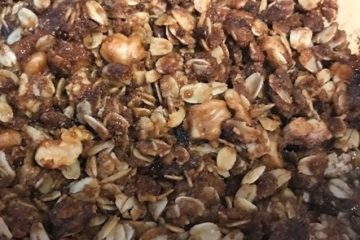 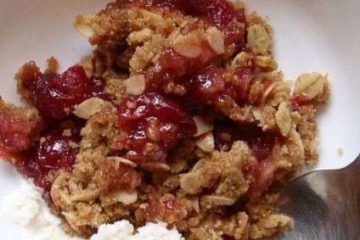 What foods help you quit smoking

King Cake Recipe
Mardi Gras is intricately associated with New Orleans and nothing says Mardi Gras and like ...